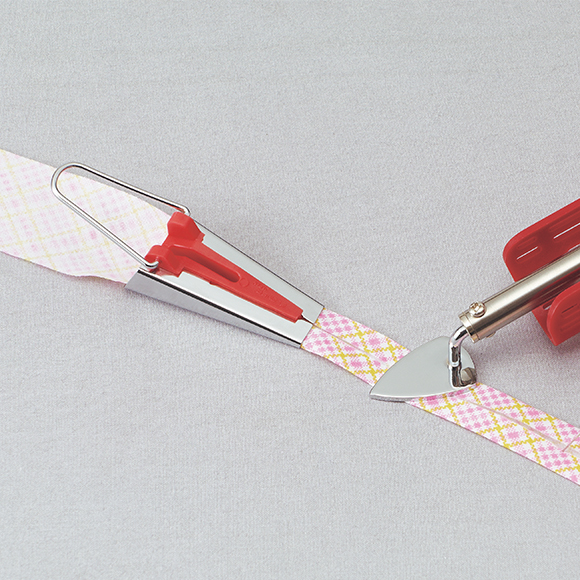 At the time, all products were metal, and were constructed by bending metal plates together and coating them, a process that prioritized function, not form.

The present specifications appeared in 1980.

By changing the complicated structure to plastics from metal, quality, function, and productivity all improved dramatically.

Then in 2001, the further evolved Fusible Bias Tape Maker made its debut.

This product is popular not only in Japan, but is also a popular favorite in the United States, Europe, Asia, and Oceania.

Bias tape can be created instantly using your choice of cloth and the Bias Tape Maker:

This product is excellent not only for sewing, but also helps greatly with patchwork.

Thread the cloth over the tape that has been cut to bias, and pull the Bias Tape Maker while applying an iron.

This will produce a bias tape with both sides of the cloth folded.

This product, In addition to making quick and uniform tape-making for arm and neck opening piping or belt threading a snap, and is also convenient for quilt piping and other patchwork.

This product is great for quilters who want to make unique and original works. 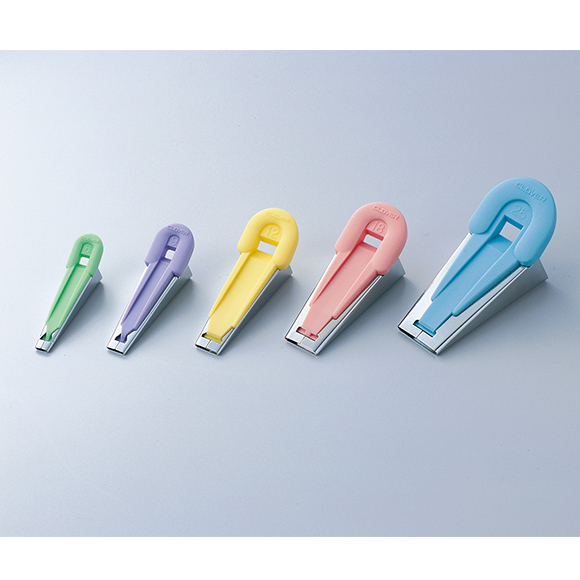 The Fusible Bias Tape Maker is the new style of tape maker that allows the cloth and heat adhesive to pass through simultaneously.

Put the cloth cut into tape shape on the bottom, set the Fusible Web on the top, and iron while pulling them simultaneously to simply create Fusible Bias Tape. 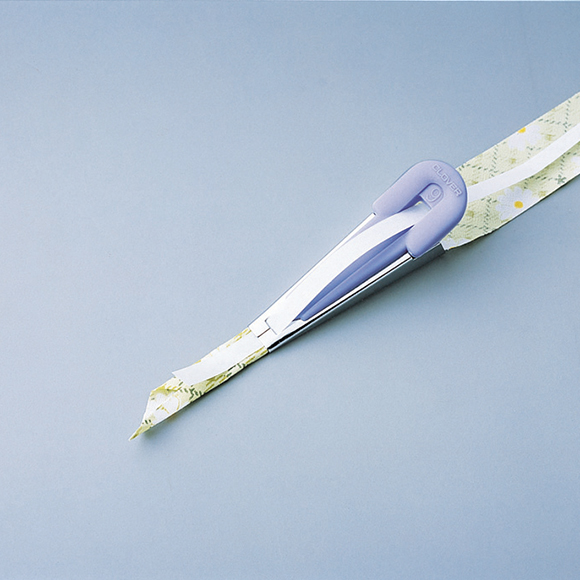 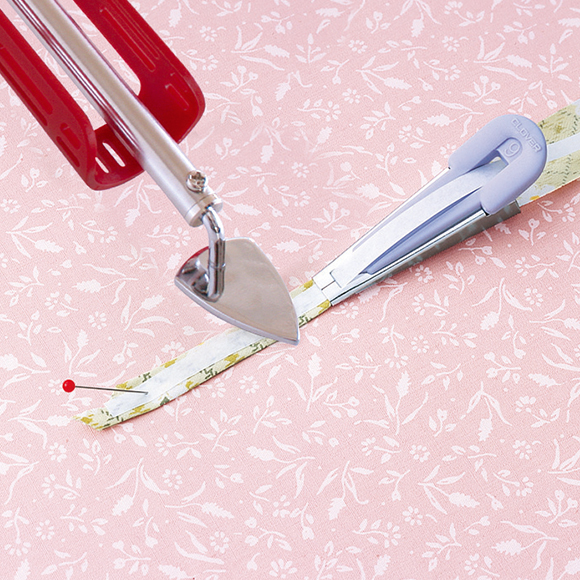 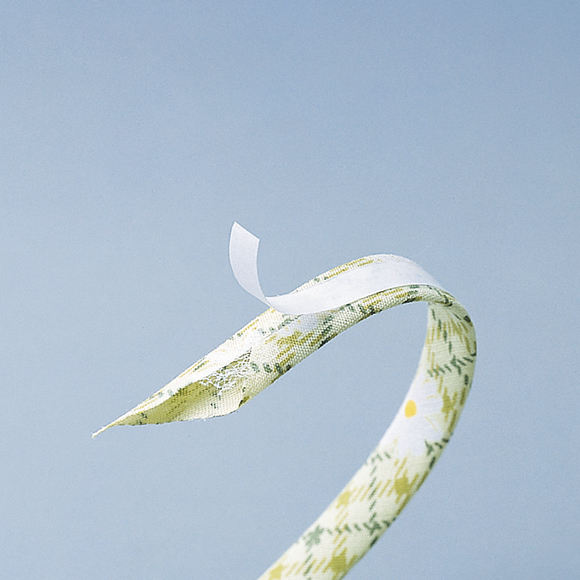